What Happened to the Power of ‘No’ 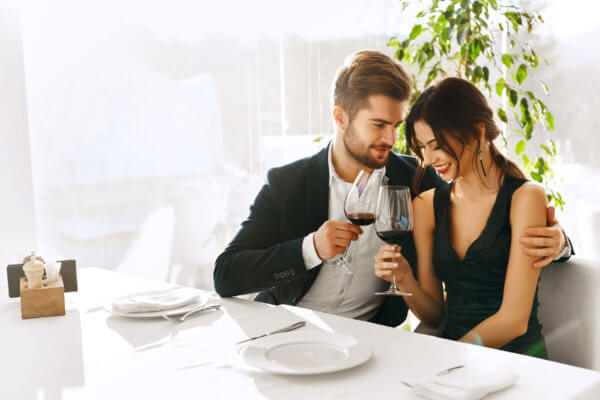 Ask a progressive why sexual ‘consent’ wasn’t necessary back in the day, and you’ll get this cookie cutter reply: “Because men could do whatever they wanted, and they would abuse women every chance they got! Duh.”

It’s certainly true that (in any generation) some men try to take advantage of women. It’s also true that a much smaller number of men go as for as to do so against a woman’s will.

But the idea that America was, in the past or even still, saturated with men in the latter group is absurd.

The real reason ‘consent’ was unnecessary in the past is because most women back then were nothing like women are today. Women changed the rules. And when they did, everything fell apart.

Prior to the sexual revolution, which promised women that ‘free love’—or what we today refer to as casual sex or ‘hookups’—is empowering, sex was always (from a cultural standpoint) linked to commitment. Marriage, specifically, but at the very least commitment.

That’s because Americans knew men and women aren’t the same when it comes to sex. They knew, and accepted, that men are more sexually charged by nature and that women get very attached. They also knew, and accepted, that women bear the consequences of uncommitted sex. For these reasons and more, men deferred to women when it came to sex. They had to.

Women, in other words, had all the power. And they gave it up.

Take, for instance, the 1944 song, “Baby, It’s Cold Outside.” This song is about a man and a woman who are on a date in the man’s home in the wintertime during a blizzard. At the end of the evening, the woman says she has to go home or her parents will start to worry, and the man thinks of everything he can to get her to stay. He pulls out all the stops.

Finally the woman says (or sings) in a playful manner, “I ought to say, no, no, no. At least I’m gonna say that I tried.” To which he says, “What’s the sense in hurtin’ my pride?”

He then begs her to have one more drink, and she relents. In other words, the man tries his best to “get” what he can—and the woman either chooses to say Yes or to say No. That’s what was known as sexual gatekeeping.

It’s also the #1 difference between women today and women in the past. Women today don’t need to be convinced to have sex. And once they became willing participants, they relinquished their power to say No.

That’s not to say they’ve given up their right to say no—it is only to say that it’s much harder to do in a world in which anything goes. Men assume women want sex just as much as they do. After all, that’s what women say they want—and the way they dress and act suggests as much. Some women are now even the sexual aggressors!

Men don’t realize it’s all been a sham: that women don’t, in fact, want sex in the same way men do but will occasionally give in “because it’s easier than saying no.” In other words, men took women at their word. And both parties got burned.

“Traditional mores set the default for premarital sex at “no,” at least for females,” writes Heather MacDonald. “This default recognized the different sexual drives of males and females and the difficulties of bargaining with the male libido. The default “no” to premarital sex meant that a female did not have to negotiate the refusal with every opportuning male; it was simply assumed. She could, of course, cast aside the default assumption; that was her power and prerogative. But she did not have to provide reasons for shutting down a sexual advance.”

Indeed, the power to say No is gone. And women have since found no adequate replacement.