When Husbands Suck Despite Having Great Wives 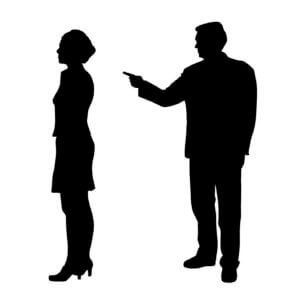 I received an email the other day from a woman who said her husband falls short of being a good husband despite her being a great wife.

My emailer insists she follows my advice (as well as the advice of other like-minded authors); but her husband, she says, is using my work to his advantage by, for example, pointing to where I write that wives should always say yes to sex. She writes that she has never said no but that she’s unhappy with him for what sounds to me like very good reasons.

For one thing, her husband is gone a lot—not just for work but for play—and he doesn’t do his part on the home front when he is home. Nevertheless, his idea of a great sex life includes “three blow jobs a week” from his wife and intercourse about twice per month—just so she “feels like she got something too.” Oh, and if she doesn’t have an orgasm “after 3 minutes of aggressive pummeling” he thinks there’s something wrong with her.

Now I don’t know this couple’s story, and I haven’t heard from the husband. So there’s probably more there than meets the eye. But there are two possibilities for what’s happening with this couple. Perhaps both are at play.

It’s possible my emailer is too soft and conciliatory. Too much of a doormat. I’ve never suggested that wives be a doormat to their husbands, or to anyone for that matter—although I can see how reading The Alpha Female’s Guide might lead a woman who’s already prone to being overly accommodating to that conclusion. Keep in mind The Alpha Female’s Guide was written for women with strong personalities, not women who are already soft by nature.

I stand by my argument that men don’t want a wife who argues with him all the time. But I’m not certainly suggesting they want a wife who has no opinions of her own or who never speaks her mind and just agrees with everything her husband says. That’s a problem of a different sort, and it’s possible my emailer falls in this category. Her husband’s actions, as offensive as they are, could very well be a reaction to her docile ways.

The other possibility is that her husband is just a cad (an old-fashioned term, I know; but I try not to write words like dick—which is essentially what a cad is). In The Alpha Female’s Guide, I was careful to write that my advice only applies to women who are married to good men. Good men do not behave in the way this emailer’s husband behaves. The average good guy will respond very positively to having a great wife: he’ll be appreciative and more loving and attentive—not less loving and more of a jerk.

But there are always exceptions to any rule. So on the chance that’s the case with my emailer’s husband, here’s a quick word for him and others like him:

If you, as a man, happen to be part of the minority of husbands whose response to having a great wife is to be selfish and to treat her like a slave , don’t look to my work to defend yourself.

Feeling “used,” or like a “booty call,” is the #1 experience of women who engage in hookups
Next Post: To Ring in the New Year, Why Not Change How You Think About Happiness?