Women wanted to stand on their own two feet, and now their feet are starting to hurt 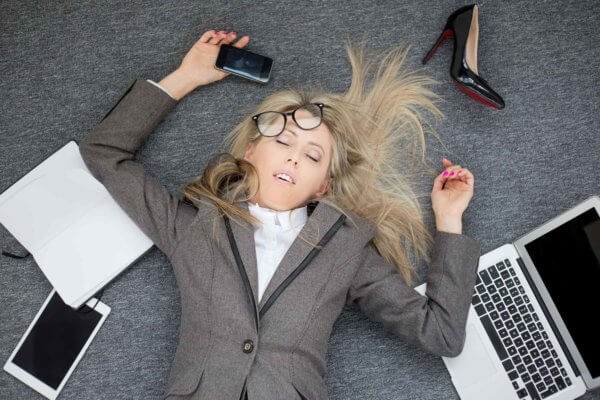 The title for this post came from what I thought was a quippy comment on my Facebook page after I’d posted the transcription of a conversation between radio host Dennis Prager and one of his callers, Jennifer, who wanted to offer some advice to young women.

Simply put, she warned women that feminism is a lie.

“You do act like ‘My career is everything. I love working,’ she said. But it’s a lie on the inside for me. It’s unfortunate. I didn’t realize this until it’s too late. I don’t know if it’s too late. I would like to find somebody to go on vacation with.”

Somebody asked me the other day, ‘Why did you stay single and never have kids?’ There’s not a good answer for it except I was programmed to get into the workforce, compete with men and make money. Supposedly, that would be a fulfilling life. But I was told that by my feminist mother who was divorced, who hated her husband — my father.

I didn’t realize this until late in life.

After I posted this article, there were the usual number of comments; but one exchange between a man named Scott and a woman named Sarah focused on the reasons why women in particular have a hard time finding a husband.

Sarah: Men don’t have a biological timeframe … it’s different for us. Having said that, it’s not easy to meet a decent honest family man who wants marriage and family now so you guys can’t be so quick to blame women, got to look at all angles and have compassion too! Most men are not providers anymore!

Steve: Why should we be providers? Do you feel men have a moral obligation to do so? Men provided for women who needed them and the women leaned on them and provided domestic support in return.

Sarah: How can a woman do and have it all if she also has to provide?? Women should stop having sex with men unless they are a provider husband.

Steve: I don’t disagree with your last statement, but there is a lot more that women need to change in their behavior besides withhold sex from men until they provide for you.

Steve: So which came first, the chicken or the egg?

And there it is. Which did come first: the chicken or the egg?

We know the answer to this. It was women who changed the rules. It is women who told men, in no uncertain terms, that they don’t need them anymore. They can stand on their own two feet and do everything by themselves. But can they? And why would they want to? What was the point of it all? To prove…what exactly?

I agree with the caller about women finding someone in their 20s, though statistically mid-twenties is better than early twenties; and even then, they’ll have to look for an older man because twenty-something men are too busy with their bachelor lifestyle since women now make themselves available to them for “free.”

The combination of the birth control pill and the sexual revolution, when women were encouraged to have sex like a man—casually, with no strings attached—permanently altered the state of gender relations. Men now expect sex and can thus postpone adulthood as long as they want.

Which leaves marriage-minded women in a rut, for it is significantly harder now for them to find a husband. The rules have changed, and we haven’t replaced them with anything better.

Perhaps it’s time to return to the old rules.

In the #Metoo Era, the Thrill of the Chase Is Gone
Next Post: America Could Use a Lot More Dr. Lauras