Pre-Nups Are a Great Example of Why Modern Marriages Fail 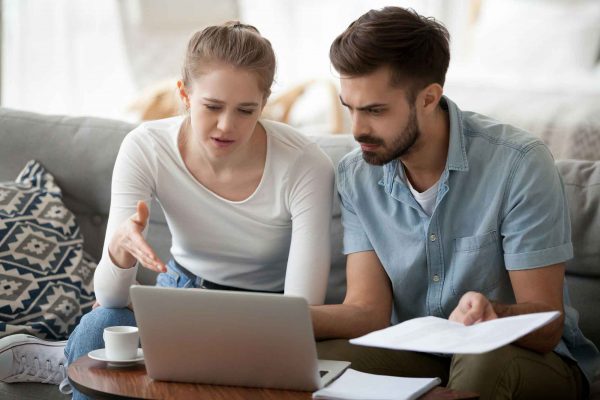 Modern marriages are a mess. A recent article in the Wall Street Journal brought this reality home with its claim that millennials are embracing pre-nups.

There’s no pretty way to describe a pre-nup. It simply means to pay a lawyer to prepare financially for a divorce before you’ve even walked down the aisle.

Pre-nups have always been around, but they were used in the very unlikely scenario where one partner has significant wealth of his or her own and the other partner doesn’t. But millennials are apparently doing pre-nups for a different reason.

“We millennials and Gen Zers grew up witnessing broken marriages and shattered families. We’re just doing everything to prevent our children from witnessing the mess we saw growing up.”

As a marriage and relationship coach, I can personally vouch not for existence of pre-nups, per se, but of the fact that millennials are absolutely, 100%, living like financial roommates. And it’s destroying their marriages.

When you get married, if you do not combine into one bucket your fears, your habits, and your dreams—and money is at the core of all of those things—you will fail. The #1 trait of successful marriages is that couples work as a team in every way: parenting, religion, how to deal with in-laws—and especially when it comes to their money.

But married millennials have a pronoun problem: They talk in terms of “his” money and “her” money rather than in “our” money, under the misguided notion that this is a safer way to do marriage. In reality, they’re not married in the true sense of the word at all. Legally, perhaps. But nothing more.

Such couples are trying to use math to solve what’s ultimately a problem with their hearts. Their trust in lasting love was shattered long ago, and they’re just going through the motions. Trying to be married while not trusting marriage itself, or trusting the person to whom you’re married, is like getting on a plane while having zero faith that the pilot can fly it. You just wouldn’t do that.

You will never succeed where your parents failed by choosing to live like roommates. Men and women are trying to live identical lives as though they’re mirror images of each other. They’re both bringing the same energy to the table and trying to “share” everything down the line, as though there are no differences between them.

Couples who succeed at marriage understand the purpose and meaning of marriage. It is to become one—spiritually and financially. These folks are a team. There is no yours and mine; there is only ours. Our marriage. Our family. Our kids. Our money. Our dreams. Our plans. Our future.

The way to succeed at helping your kids avoid the pain you experienced as a child of divorce isn’t by being better prepared in the event of a divorce. It’s by learning how to be married and being open to what that looks like, even if it goes against everything you’ve been groomed to believe.

If you want to succeed at love and marriage, go countercultural. Head on over to www.suzannevenker.com and become a subscriber now. See you over there!

Ep. 81: Suzanne shares letters from readers and listeners
Next Post: Ep. 82: How to Love a Man:
Alison Armstrong
(RE-BROADCAST)