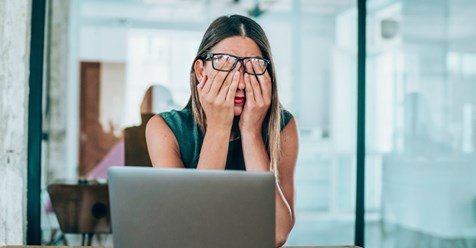 The first indication you’re talking to a married member of the modern generation is when the wife or husband says, “We’re pregnant.” Couples in the past would never dream of saying something so silly—because men do not get pregnant. But to the modern generation, there are no distinctions between women and men. They are one and the same.

This bogus philosophy about sexual sameness permeates their relationships and undermines their ability to be successfully married. It’s the reason the a few years into their marriage, they call me for coaching.

Here are 5 ways modern women sabotage their success with marriage:

1. They delay any thought of settling down until they’re up against the biological clock. Due to the bogus belief that women are no different from men, women today move through their 20s as though their body doesn’t have an agenda of its own. At some point, usually around the age of 30, they realize they have to “hurry up and find a husband” if they want to have children of their own. The result is that many end up marrying men they otherwise would not have. Being up against the gun is not the time to make a decision of this magnitude. Moreover, a woman’s options are greater at 25 than they will ever be at 35.

2. They cohabitate with men to whom they’re not engaged. “Shacking up” has become so normalized in our culture it’s hard to remember how new it still is or why couples in the past didn’t do it. We assume it was because of the “no sex before marriage” norm, but it was about so much more than that. It’s common sense that “shacking up” doesn’t allow for the objectivity couples need to determine whether or not they should marry the person with whom they’re involved. These couples simply get in deeper and deeper until they can’t get out and, as a result, end up “sliding” into marriage rather than making a definitive decision. My clients tell me all the time that the reason they ended up living with their husbands prior to marriage was because it was “convenient.” But the trade-off is huge, as women lose years of their lives living with men who won’t commit when they could be dating other men to find one who will.

3. They don’t examine why their former relationships ended. Endlessly delayed marriage means both men and women invariably end up moving in and out of long-term relationships and thus carry emotional baggage with them into each new relationship. It is imperative to understand one’s romantic past if we want to move forward. Without that understanding, we tend to repeat the same mistakes.

4. They don’t plan with their man in advance of “I do” what the work-family arrangement will be. Again, due to the assumption that women are no different from men, women don’t plan for the fact that the vast majority will want the option to drop out of the workforce for a period of time once they become mothers. But no one in their lives so much as hinted at this! Women were raised to be workhorses just like men, as though motherhood will not consume their life at some point down the line. So rather than arrange for a life that allows them to move in and out of the workforce, and rather than marry a man who can support a family for as long as needed, women rack up a mountain of educational debt that they must pay off through full-time, year-round employment — and as a result are mired in resentment.

5. Once women do marry, they refer to marital money as “his” money and “her” money — and have conditioned men to do so as well. Not only does the modern generation believe men and women are the same, they consider each sex a separate agent and think marriage won’t change that. But of course, it does. Marriage means being an interdependent entity, not two independent agents sharing space. Young couples get married today with no understanding of what it actually means to be married. They still act like the roommates they once were — and then wonder why their marriages aren’t working.

Now you might ask, “What about men?” Haven’t they sabotaged their success with marriage, too? Yes, and no. While modern men are just as “guilty” of thinking in ways that sabotage their marriage (i.e., not supporting their wives’ desire to stay home with the kids and expecting instead that their wives be employed), it wasn’t men who led the charge on decades of social change. It was women, and the men just followed suit. What choice do they have?

Women are the relationship navigators. They have the power to steer the marriage ship in whichever direction they want it to go. Unfortunately, they’ve steered it into an iceberg.

Previous Post:Ep. 59: “You don’t want to be me”:
Getting Real with Wife, Mother and Forensic Accountant
Tiffany Couch
Next Post:Ep. 60: Up Close and Personal with Suzanne Venker
Loading Comments...