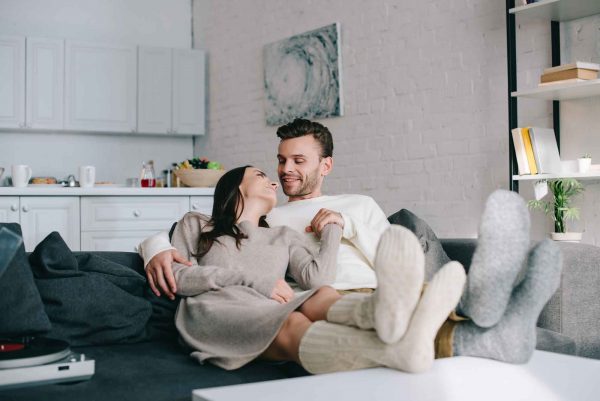 I can personally vouch for the groundbreaking new study about relationship satisfaction that finds it’s not who you’re with that determines a successful relationship but the dynamic that exists between you.

Samantha Joel, the study’s lead author, told CNN that she and her colleagues analyzed information on more than 11,000 couples and found that how satisfied you feel your partner is says more about the quality of your relationship than either of your personalities. “When it comes to a satisfying relationship, the partnership you build is more important than the partner you pick,” Joel said.

There was no lack of love in my first marriage and nothing on paper that would cause one to pause and say, “That guy’s not a good match.” He came from an intact family; he had the same education I did; we had similar personalities; we each had a solid career path (his more promising than mine); and while our economic backgrounds weren’t the same, I wouldn’t call them disparate.

What I didn’t get with my first husband was a rock-solid investment in the marriage. Simply put, he wasn’t “all in.”

Contrast that with my second marriage, and you get a very different outcome. My husband’s economic background was at one point similar to mine but took a massive detour when his parents divorced, and our personalities are wildly different.

The difference lies in our respective attitudes. Never once in 22 years have I doubted my husband’s commitment to me and our marriage, and he can certainly say the same about me. Never once have I wondered whether or not he was “all in.”

Indeed, my story is a case study for this new finding about successful relationships: It isn’t enough for someone to look good on paper or to have personality traits similar to yours. The most important determiner of relationship satisfaction is how satisfied or committed you believe your partner to be.

A great example of your partner not being “all in” is if he or she wants to live together as opposed to get married. My first husband wanted us to do this, and that should have been my signal to leave. Instead, I pretty much talked him into getting married.

Do not do this; it will not end well. If your partner does not know with every fiber of his (or her) being that he (or she) wants to spend a lifetime with you, run. Do not move in together because you think that signals “the next step” of the relationship. It doesn’t. On the contrary, what it tells you is that you’re with the wrong person. And now we have a study that confirms it.

Find someone who’s all in, not half in, as opposed to staying with someone you hope will change his or her mind in time. If you do just this one thing, you’re well on your way to a successful relationship.