When you’re married, there’s no such thing as “his” money and “her” money 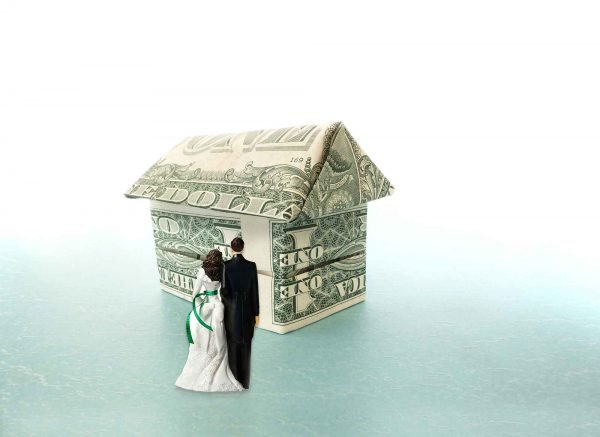 I had a coaching session recently in which a married couple kept referring to their money as “his” money and “her” money. It made me think of the number of married couples I’ve heard call in to The Dave Ramsey Show — a great podcast I highly recommend about how to take control of your money — and do the same thing: refer to their finances as “his” and “hers.”

Then this week I heard yet another married couple talking about money to psychotherapist Esther Perel on her podcast. They too viewed their monies as separate.

The wife told Perel she believes she’s “quite good” at managing money, so she handles the couple’s finances. Fine. But then the husband says [to Perel] in response,

“Well, and she can’t tell me how much money we have at any given moment. I have no idea. I know how much I make, but that’s it…How are our investments doing? Are our income taxes paid?”

What the ? In no universe will a marriage like this turn out well, and indeed theirs isn’t. The couple is currently separated.

When we get married, there’s no such thing as “his” money and “her” money. There is only “our” money. With the exception of inheritance (which can produce its own relationship problems), when you’re married, by law all marital money is half hers and half his.

Moreover, research shows that married couples whose finances are pooled and who make decisions together are the strongest. As this article on Dave Ramsey’s site notes:

“Sometimes the spouse bringing in the most money can feel entitled to the most say. Don’t even go there. That’s just asking for more money and relationship troubles. It’s not “yours” or “mine”—it’s “ours.” There’s no reason to hold a higher income over the other’s head. You’re on the same team. Start acting like it.”

A lot of people assume that people who have a lot of money must therefore have no money problems. It is often the other way around in that the more money people have, the more problems they have!

How much money we have is irrelevant when it comes to money and marriage. It’s our attitude toward money—what it represents, how it should be handled—that determines our success. Here’s a short clip from The Dave Ramsey Show about postnuptial agreements that explains what I mean.

If you listened, you could hear the complete disconnect between Dave Ramsey’s attitude, or philosophy, toward marriage and Tucker’s, the gentleman who called in. Tucker thought it was perfectly “normal” to protect himself financially from his wife at the start of his marriage in the event that his marriage breaks up since both are products of divorce and, well, “you never know.”

In Tucker’s mind, he’s being smart by thinking of himself and his wife as separate entities. He doesn’t realize that what he’s really doing is creating a self-fulfilling prophecy. If he continues down this path, he will not protect his marriage from divorce but will likely cause it to happen.

The most significant thing any married couple can do regarding money to keep their marriage strong is to not view themselves as independent agents but, rather, as two members of one team: the family. It shouldn’t matter who makes what; it all goes into the same pot.

The moment you start thinking “his” money and “her” money is the moment problems will arise. Because you’re no longer on the same side. Instead, you’re competitors. And competition destroys a relationship.

America Is Awash in Overmothered Men
Next Post: Dear Men,
Don’t be so wussy with your wife