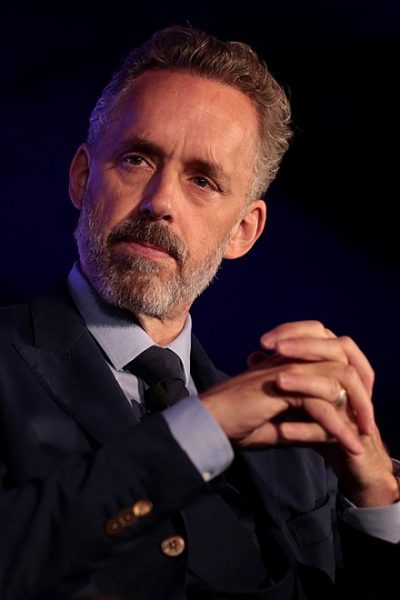 It was a jarring transition, going from reading about women who choose to be single and childless and then celebrate it (as opposed to quietly living an unconventional life) to reading Chapter X of Jordan Peterson’s new book, Beyond Order.

In the former—such as here and here and here and here—the focus is on the Self and as a result feels barren of any meaning. The authors use phrases like “falling in love with myself.” They talk of doomed past relationships and how they’ve subsequently closed themselves off to love, as if they’ve discovered something profound in choosing to remain single rather than face the fact that they’ve given up.

Then I stumbled upon Chapter X of Jordan Peterson’s new book, Beyond Order. The title is “Plan and Work Diligently to Maintain the Romance in Your Relationship,” and while he gets around to that eventually, the bulk of the chapter winds up being the strongest case for marriage I’ve ever read.

Not a case like the one you might read from conservative authors who hone in on practical matters, such as the health and well-being of marrieds versus singles. Or the superior sex and economic stability of marrieds, as compared to their single counterparts. Or the fact that kids do better with married parents than with single parents.

Those are all true, of course—and Peterson does include this information. But it isn’t his focus. Instead, he sheds light on a rarely discussed aspect of marriage: the psychological well-being of humans when they choose to commit to someone for life.

In America today more than half of young people “do not have a steady romantic partner,” which is startling when compared to young people in earlier eras who grew up and got married, end of story. And while I have zero interest in encouraging women who choose to be single and childless to go another way, I have a great deal of interest in the glorification of such a life, as though this is an equal or better choice to which women should aspire.

The vast majority of everyday women want to get married and stay married and need social support for doing so. Humans are pack animals: They like to do what other people do. Ergo, reading headline after headline about how great it is to live life solo, free of any sacrifice or responsibility, is counterproductive and, indeed, harmful.

Such a life may sound enticing when you’re 20, but it won’t be at 30. By then, most women (I would argue most people, but let’s stay focused on women) are clamoring for meaning and permanence. The allure of a career wears off fast—as most people have jobs, not careers. And even the careers that are exciting wind up feeling like nothing more than a job, since almost all of them require around-the-clock-attention that keeps you from having any life at all.

“In our culture,” Peterson writes, “we live as though we are going to die at thirty. But we do not. We live a very long time, but it is also all over in a flash, and it should be that you have accomplished what human beings accomplish when they live a full life, and marriage and children and grandchildren and all the trouble and heartbreak that accompanies all of that is far more than half a life. Miss it at your great peril.”

And when it comes to divorce, Peterson’s words hit home with a solid thunk: “You are stuck with each other, if you are serious—and if you are not serious, you are still a child…You will be enticed to employ the trapdoor of divorce so you will not have to face what must be faced. But your failure will haunt you while you are enraged, weeping, or in the process of separating, as it will in the next relationship you stumble into, with all your unsolved problems intact and your negotiating skills not improved a whit.”

“Marriage is by no means as bad as being alone with yourself, but it is still out of the frying pan and into the fire—and at least the fire might transform you. Thus, you get married, if you have any courage—if you have any long-term vision and ability to vow and adopt responsibility; if you have any maturity—and you start to transform the two of you into one reasonable person.”

You can see how striking it was to go from reading the argument that people who choose the single life are “thriving”—while offering nothing to explain how they’re thriving except to say such folks can do whatever they want, whenever they want, which isn’t an argument at all since a life of freedom without obligation leads to zero growth and oh, by the way, gets really old really fast—to Peterson’s argument that marriage is a “vow” and that those who avoid it lack courage.

It’s a shame his words are buried in a book. Chapter X is the article Americans need to read.

Someone needs to publish it.

Previous Post:Ep. 101: Get Off the Achievement Bandwagon and Become Who You Were Meant to Be: Nancy Paradis
Next Post:Ep. 102: How a Culture of Casual Sex Made Men Less Manly (& Other Cultural Catastrophes):
Julie Mastrine
Loading Comments...