Ep. 53: How to Recover from a Controlling Mother:
Graham Stoney 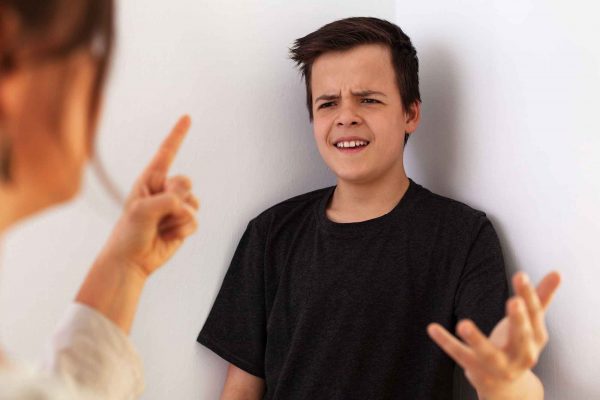 Growing up with a controlling and/or domineering mother can cause all kinds of damage. For a girl, it can cause her to become either insecure or just as controlling in her own marriage or relationship. And for boy, it can and often does suppress his masculinity.

Graham Stoney knows this firsthand and wrote an article about it entitled “How to Recover from a Controlling Mother.”

My mother was the dominant figure in my family of origin, and with a passive-aggressive father and two relatively dominant older sisters, it was a disastrous recipe for my developing masculinity.

When I was a child, my mother used a physical leash to control me; partly for my own safety, and partly for her convenience. As I got older, verbal stoushes with my father made it clear that the masculine point of view wasn’t welcome in our household.

My mother would fight tooth and nail every time because to her conceding anything was a weakness. She controlled my father, and by extension the rest of the family, including me. Even now during phone conversations, my mother decides when the conversation is over. My sisters and I sometimes joke about her idiosyncrasies but it’s not funny: growing up around this sort of behavior from a mother cuts deep into a man’s psyche.

Join Graham Stoney and me this hour to discuss ways in which you can set boundaries with your controlling mother or recover from her lingering influence on your life. Graham’s website is www.confidentman.net.

4:30 – Graham talks about controlling your emotions and how people who use control are trying to regulate their own emotions

9:00 – how to heal an “attachment wound” and how connecting with others helps heal

10:15 – Suzanne and Graham discuss the spectrum of controlling people

12:15 – Graham discusses  “fight or freeze” and how when we feel under attack we become compliant and how a controlling parent can overwhelm a child’s nervous system and how this is a strategy for getting what they want

15:35 – When there is conflict in a relationship, people tend to resort back to whatever strategies they used as children

16:20 – If two adults in a relationship haven’t resolved their childhood wounds, you have two wounded people who are relating to each other in that way

17:00 –  A man who’s highly evolved and who’s dealt with his past will be able to deal with a strong-willed woman and be able to stand up for himself

19:30 – Suzanne talks about her experience with her own controlling mother and how her father was passive and how it affected her

22:40 – 24:12  – Suzanne discusses when a daughter doesn’t get what she needs from a father, she gets the femininity knocked out of her.  Girls don’t feel safe and thus they go into their masculine, and they bring this into their relationships later

24:45 Women who are dominant tend to attract men who are more passive

28:00 –For a boy, mastering your emotions is pivotal to become a man

30:00 – 31:40 – Graham explains how learning to regulate your emotions happens during infancy

32:00 – How trauma affects people and why it’s important to work through trauma

36:00 – 43:35 – how boys and girls are affected differently by their relationships with their mother/father at different stages of growing up

If you’re married to a take-charge, get-‘er-done, tell-it-like-it-is woman, here are 5 rules to remember
Next Post:Ep. 54: Why Happiness Eludes the Modern Woman:
Danielle Crittenden
Loading Comments...