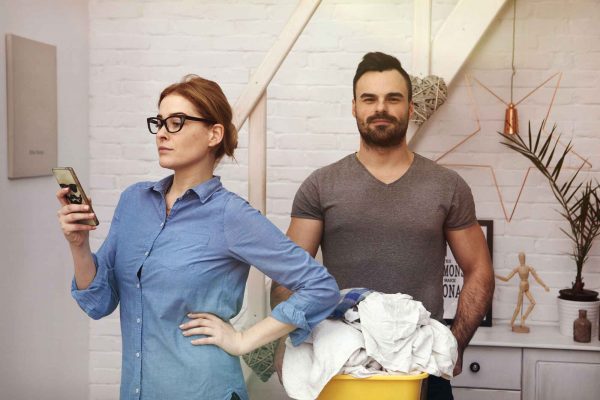 “I was once a Nice Guy. I wanted to treat people well, and I wanted to be liked. While in my early 30s, in spite of my unwavering faith in this philosophy, my life was in crisis. One marriage had ended, and a second one wasn’t going well. My career dreams were stalled. I was frustrated, resentful, and confused.

I decided to start working on my situation and joined a men’s group. Honestly, my initial goal was to find out why the people around me weren’t responding so well to my Nice Guy philosophy, and I wanted to find out how to get them to change.

But within a short amount of time, I came to see that the problem was ME. I had an agenda. I had no boundaries. I was indirect. I was passive-aggressive. I wasn’t honest. I wasn’t always so nice.”

Those are the words of Dr. Robert Glover, author of the book No More Mr. Nice Guy and internationally recognized authority on the Nice Guy Syndrome. He is a frequent guest on radio talk shows and has been featured in numerous publications. Through his book, online classes, workshops, podcasts, consultation, and therapy groups, Dr. Glover has helped thousands of Nice Guys transform from being passive, resentful victims to empowered, integrated males.

Along with these personal changes have come similar transformations in these men’s professional careers and intimate relationships.

10:15: 11:00 Dr. Glover describes what men do to cover up their “toxic shame”— which includes not being honest, being passive aggressive, etc.

12:00 – Dr. Glover discusses the nice guy “spectrum” and some examples that he saw in his marriage and family therapy practice.

14:10 Dr. Glover discusses how the prevalence of males raised by women (single moms, teachers) has influenced the nice guy issue (as has the absence of strong masculine role models)

16:35  Dr. Glover talks about how he grew up in the late 60s and 70s and how that generation of men was influenced by the Vietnam War, the “Summer of Love” era and how a lot of men of the time rejected the values of their fathers

18:25  Suzanne and Dr. Glover discuss the cultural “perfect storm” and how that has led us to the dynamics between men and women today

22:00 Dr. Glover talks about how women don’t want to be responsible for all of the decisions in a relationship and would rather have the man take the lead

23:45 – 30:25  Dr. Glover and Suzanne talk about their past marriages and how it influenced their books and work

31:30 Dr. Glover talks about science related to babies and children and how they develop and regulate emotions and also how that carries into adulthood

44:10 Dr. Glover talks about how being a “nice guy” sets men up for relationship failure and how it ultimately frustrates women

46:50 – 49:00  Even though women are strong, they don’t want to make all the decisions in a relationship. Dr. Glover talks about how important it is for men to set the tone, lead and “show up” in their relationships with women.

54:50-58:50  Dr. Glover talks about sex, premature ejaculation, and how some nice guys hide their sexuality, which causes problems in their relationships

58:55  Suzanne and Dr. Glover talk about how women mistake the characteristics of the “nice guy” for a well-adjustment male

1:03:00 Dr. Glover talks about how “following through” is the number one trait that makes women feel safe

How not to be afraid that your marriage is over when you and your spouse fight
Next Post:How do I listen to
The Suzanne Venker Show?