Ep. 59: “You don’t want to be me”:
Getting Real with Wife, Mother and Forensic Accountant
Tiffany Couch 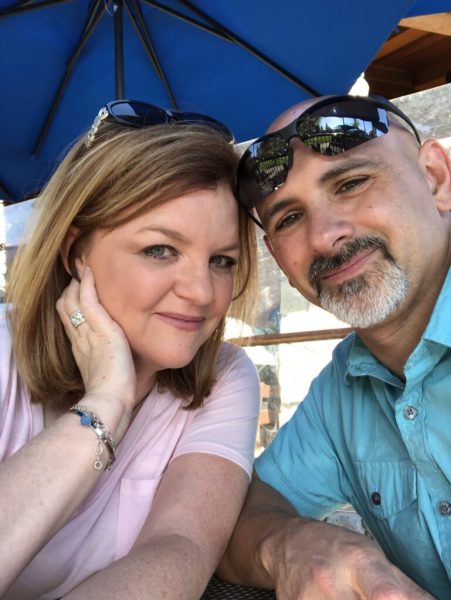 One of the things I want to start doing at The Suzanne Venker Show is to highlight everyday Americans who have stories to tell that you would never hear in the media. In some cases, this may be due to the fact that the person isn’t prominent enough to create attention in media circles. Other times, a person is well-known by members of the media, but the story or message he or she has to tell conflicts with the message the media want to sell.

I’m a textbook example of the latter, but that’s a story for a different day. I have with me today wife, mother, author, and successful business owner Tiffany Couch who wants people to know that everything we’ve been told in the culture is a lie.

“On my way to getting real,” Tiffany writes, “I realized I was headed down a path where my gravestone would read, Great Forensic Accountant…and would say nothing about what really matters.

Most importantly (yes…MOST importantly), I’m a wife to a great husband. We’ve been married more than 23 years—and on my way to fame and fortune, I almost lost this marriage…and so much more. I traded success and money for my children’s time and attention. After all, isn’t that what successful women are supposed to do?

While my job is looking at numbers, interpreting them, and explaining them so that people like judges, lawyers, clients, and juries can make important decisions, I find my real passion is explaining tough concepts to people in a way they can understand. And that’s what I want to do at Let’s Get Real.”

5:50 – 7:57:  Tiffany discusses how her very successful career bumped up against her personal life, her marriage and her family life. She also talks about how she came to realize that the success in her business didn’t equal a successful love/personal life and how she began to change her thinking

13:20- Tiffany briefly talks about her childhood and why the fear of becoming like her mother pushed her to become successful in the marketplace and prioritizing that instead of staying home with her kids

15:00 – Tiffany talks about what she missed out on in her kids lives

15:45 – 17:00 – Tiffany talks about how being the boss at work led her to carry that behavior over in her marriage

17:05 –Tiffany talks about how her marriage issues came to a head and how they almost decided on divorce. She discusses her “epiphany” on saving her marriage and how changing her attitude changed and saved her marriage.

22:25 – Tiffany talks about mentoring young women to become forensic accountants and what she tells those young women

30:00 – 35:30- Suzanne reads from Tiffany’s blog regarding her relationship with money. Suzanne and Tiffany discuss the significance of money in life and relationships.

36:00 – Tiffany talks about letting go of shame regarding money

42:30 – 44:30 -Tiffany and Suzanne talk about the relationship between marriage and money and about how separate bank accounts can destroy a relationship

How do I listen to
The Suzanne Venker Show?
Next Post:5 ways women sabotage their success with marriage