Ep. 71: The Myth of Male Power (and Other Uncomfortable Facts about Women and Men):
Warren Farrell, Ph.D. 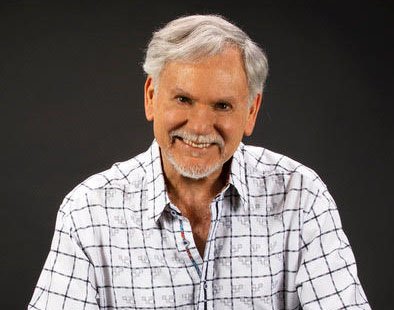 Dr. Warren Farrell is a political scientist, activist, and author of seven books on men’s and women’s issues. He was chosen by The Financial Times of London as one of the world’s top 100 thought leaders, and his books have been published in more than 50 countries, and in 19 languages.

Warren’s most recent book, The Boy Crisis, was published with John Gray (who we had on a few weeks ago!) and was a finalist for the Indie book publishing award. His other books include The New York Times bestseller Why Men Are the Way They Are, plus the international best seller, The Myth of Male Power.

Some of Warren’s other books include Women Can’t Hear What Men Don’t Say and Why Men Earn More. When he’s not touring the country discussing the problems facing our boys and men, Warren runs couples’ workshops, where he specializes in helping people receive criticism from their partner without becoming defensive.

4:00  Warren talks about his background with the National Organization of Women

13:45  Warren talks about HR departments and their bias and why male CEOs are reticent to mentor women because of the risk of losing their jobs

16:20  Male privilege and the myth of male power

25:00  Warren explains that his father told him that being a man is not doing what you want to do but what you have to do and what is best to do

27:00  Warren talks about how his change in viewpoint and The Myth of Male Power caused him to lose speaking engagements

32:45  The real liberation of women came from technology and the birth control pill not from “feminism”

38:55  The feminist movement is so toxic it no longer thanks men for anything or acknowledges that men and women are different

40:28  Warren talks how he could no longer teach at any major University because of his public views, and how liberals are no longer the party of free speech

43:00  Warren talks about his couples communication courses and how “The Boy Crisis” came from his experience with divorced couples

49:40  Warren talks about his views on Black Lives Matter and the African American community, mass shootings and how fathers are integral in boys lives

58:45  How dads being away from the family too much to earn money is detrimental to the children

1:00:00  Your attitude at work is not the same attitude that makes you successful in love

Previous Post:Ep. 70: What It Means to Be a Man—In Any Era:
Michael Durkin
Next Post:Ep. 72: The Emotionally Unavailable Mother:
Erica Komisar, LCSW
Loading Comments...