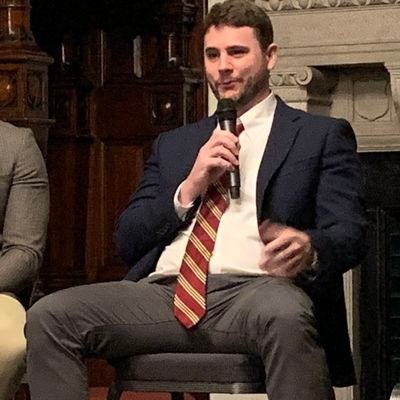 Have you been told that science is sexist? Or that being obese is healthy, that there is no such thing as biological sex, or that only white people can be racist? Are you confused by these ideas, and do you wonder how they have managed so quickly to challenge the very logic of Western society?

James Lindsay is a mathematician, an author and cultural critic known for his involvement in the grievance studies affair with two of his colleagues, one of whom he co-authored the book, Cynical Theories: How Activist Scholarship Made Everything about Race, Gender, and Identity—and Why This Harms Everybody. The book is Wall Street Journal, USA Today, and Publishers Weekly Bestseller!

James calls the social justice movement his “ideological enemy” and is a major critic of wokeness. He and I are going to talk today about the evolution of the dogma that informs woke ideas such as the idea that science and reason are tools of oppression; all human interactions are sites of oppressive power play; and language is dangerous. Obviously we’ll be covering cancel culture as well.

5:05  The 3 components that define critical theory are: it must be the normative vision of a perfected society; it must explain how the current society does not live up to that vision; and it must be applicable by social activists

7:10  The goal is to make people dissatisfied with their society by pointing out that is not perfect and building social activism built around that

9:28  Suzanne and James discuss “Critical Gender Theory” and how that relates to gender studies

12:10  The argument is that capitalism and free societies are “oppressive” and that we need to be liberated from them

13:00  Millennials are the main generation that have fallen for the “woke” mentality

18:00  The elite class are the ones propagating the “wokeness” we’re seeing in society

21:00  Many people are wounded from childhood and take this victimhood into adulthood and project this onto society

24:10  There is a deliberate grooming of young women to be paranoid

30:50  We are attracted to what gives us a positive reward and repelled away from things we get negative feedback for

34:00  James talks about his political leanings, how he considers himself a liberal, and how he voted Republican for the first time in the more recent election

36:00  James talks  about his work and how he became known for writing and submitting “fake” papers to expose how “woke” academia has become

43:00 James talks about how he was “found out” by journalists at The Wall Street Journal

48:40   Academia has become corrupted and is indoctrinating students

50:00  What should traditionally employed people push back against woke corporate culture without losing their jobs?

Previous Post:Ep. 87: Are Women Better Than Men?: Roy Baumeister
Next Post:Ep 89: Are You a Product of Childhood Emotional Neglect?: Erica Komisar
Loading Comments...