Ep. 22: The Inside Scoop on Our Universities’ Feminist Bias:
Janice Fiamengo 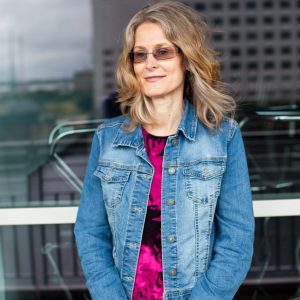 There’s a well-known secret among those in academia that left-wing groupthink rules. This is especially true when it comes to gender. Fortunately, Jordan Peterson’s rise to fame brought this truth to mainstream America. Most Americans are now well aware that our universities are bastions of postmodern feminist dogma.

Janice Fiamengo, professor of English at the University of Ottowa, is intimately familiar with this phenomenon, from some professors’ view that women should speak first in all university discussions, to anti-male shaming campaigns, to so-called consent courses where men are taught not to rape women, to op-eds by feminist professors with titles like “Why Can’t We Hate Men?”

Janice has lived inside this world for many years and will share with us the inner workings of the typical university in North America today. She is a self-described “contrarian, pro-liberty, anti-feminist, defender of men’s rights, free speech, the principles of western culture, and the right to dissent.”

Stop Telling Men They’re Defective Women
Next Post:How and Why to Make Having a Family Your #1 Priority