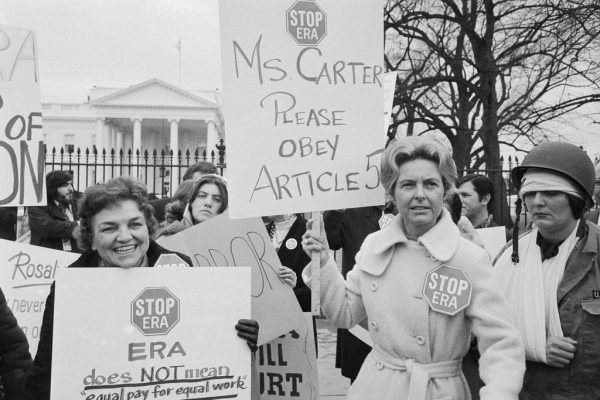 Some of you may know about the new program Mrs. America, FX’s new nine-part mini-series that began on April 15. If you click here to read about it, you’ll go down a rabbit hole. It has received loads of media attention.

Mrs. America is the story of the feminist movement’s efforts to ratify the ERA and the unexpected backlash led by Phyllis Schlafly—who, as it happens, is my mother’s sister.

Mrs. America may be peppered with historical facts, but the storyline about Phyllis is pure propaganda. It’s a revenge drama.

I’ll spend this hour discussing the real woman behind the screen. In the meantime, you can read the behind-the-scenes true story of the ERA here.