The APA Just Undermined Your Chances at Lasting Love 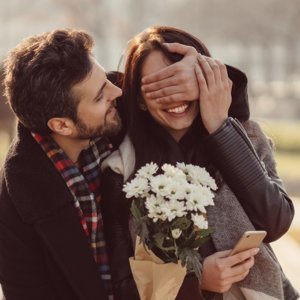 This article was first published at the Washington Examiner.

As many of you know, I‘m finishing up a manuscript for a new book that helps women find Mr. Right and keep him by embracing sexual inequality, aka the innate differences between women and men. So-called gender equality presumes the sexes are interchangeable when they are not. Masculinity and femininity represent the yin and yang of any romantic relationship and are crucial for lasting love. When they cease to exist, marriages and families dissolve.

So you can imagine my shock and disdain for the American Psychological Association’s new guidelines that claim traditional masculinity is “harmful.”

We’ve known about the war on men for years, but to have the the largest scientific and professional organization of psychologists in the country formally reject the inherent nature of men is both profound and appalling. Neither men nor women should take this lying down.

The APA guidelines understandably triggered a huge backlash. They emphasize such absurd ideas as “gender role strain,” defined as “a psychological situation in which gender role demands have negative consequences on the individual or others,” and “gender role conflict,” defined as “problems resulting from adherence to rigid, sexist, or restrictive gender roles, learned during socialization, that result in personal restriction, devaluation, or violation of others or self.”

As a result, the Society for the Psychological Study of Men and Masculinities of the American Psychological Association issued a rebuttal to its own guidelines in an effort to appease the masses. It reads:

When we report that some aspects of ‘traditional masculinity’ are potentially harmful, we are referring to a belief system held by a few that associates masculinity with extreme behaviors that harm self and others. It is the extreme stereotypical behaviors — not simply being male or a ‘traditional male’ — that may result in negative outcomes. For example, people who believe that to be a ‘real man’ is to get needs met through violence, dominance over others, or extreme restriction of emotions are at risk for poor physical, psychological, and social outcomes (e.g., increased risk for cardiovascular disease, social isolation, depression relationship distress, etc.).

When a man believes that he must be successful no matter who is harmed or his masculinity is expressed by being sexually abusive, disrespectful, and harmful to others, that man is conforming to the negative aspects associated with traditional masculinity.

Sorry, APA, you can’t backtrack on your own report by suggesting you were only referring to outliers. Your missive, which you concede was years in the making, is about men and masculinity in general.

Newsflash: It isn’t masculinity that causes pathological behaviors (such as the belief that a “real man” is violent). Bad behavior, on the part of both sexes, is learned behavior. It’s a problem within the individual that stems from his or her upbringing and environment. Are you not aware that the vast majority of prison inmates come from violent, broken, or otherwise dysfunctional homes?

Not only is traditional masculinity not bad, it is necessary for children, marriages, and a stable society. The boys and men with whom you appear so concerned become pathological because they lacked a traditional model of masculinity.

Since you appear not to know what traditional masculinity looks like, allow me to enlighten you. The traits you refer to in your report (such as stoicism, aggressiveness, competitiveness breadwinning, etc.) are admirable traits, not destructive ones. Women like those traits in men. They make women and children feel safe and secure. moreover, they elicit women’s respect, which is crucial for a marriage to last.

As for your fantasy about men’s and women’s interchangeability, you’re clearly unaware of the data. Or perhaps you ignore it (I’m not sure which is worse). For decades, feminist academics and intellectuals believed the sexes would become more alike as we sloughed off our supposedly confining sex roles and became more free, more self-actualized human beings.

The freedoms conferred by effective contraceptives and women’s economic independence have made men and women similar in some ways, yes. But the cruel irony is they’ve also allowed sex differences to become more pronounced. In other words, the more the line between masculinity and femininity is blurred, the more the innate differences between the sexes appear.

I think you may need some new guidelines.

Of Course Unemployed Men Are Disastrous for Marriage
Next Post: How to Feel Inspired about Love In an Age of Gender Propaganda