The Missing Link in #Metoo 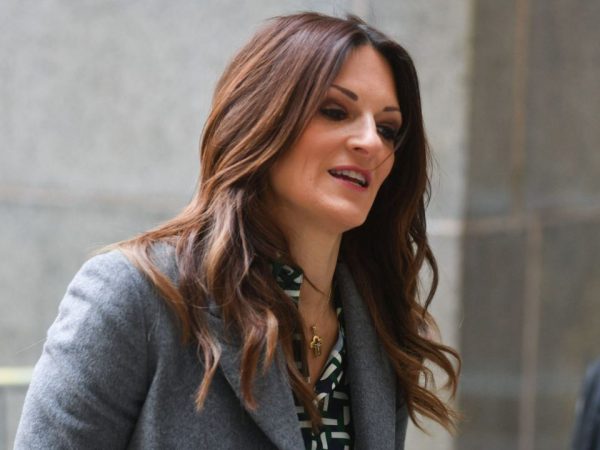 It takes a non-feminist mind, or the absence of a knee-jerk response to male guilt, to represent one of the most notorious alleged sexual predators in America. And yet Harvey Weinstein’s lead defense attorney, Donna Rotunno, calls herself “the ultimate feminist.”

I understand why. Her argument is that if you want a society in which men and women are viewed as “equals,” women must accept the responsibility that goes along with that.

“Nobody wants to say, ‘If you want real equality, and you want things like #MeToo to not happen to you, you have to take on the risk of making different choices,’” Rotunno told Insider.

In other words, women can’t cherry-pick which aspects of equality they like and which ones they don’t. If you want to be viewed as no different from men, that means being treated in identical fashion. It means that when a man or a woman is accused of a crime, even a sexual one, they’re equally responsible for their actions.

“In their universe, women are not responsible for the parties they attend, the men they flirt with, the choices they make to further their own careers, the hotel invitations, the plane tickets they accept,” Rotunno said in her closing arguments this week.

What makes Rotunno different isn’t that she sympathizes with Weinstein but that she doesn’t expect any more or any less of women than she does of men.

Yet in doing so, feminists accuse Rotunno is victim-blaming. But you can’t engage in “victim-blaming” if you genuinely believe women have the same agency men do. Women are either just as strong and as capable as men, or they’re not. In this way, Rotunno calling herself “the ultimate feminist” is fair.

Still, the label is unecessary because Rotunno and feminists do not share the same worldview. Case in point: When Rotunno was asked by Megan Twohey of The New York Times if she’d ever been sexually assaulted, she said, “No, because I would never put myself in that position.”

A feminist would never say that, even though it would make perfect sense for her to do so given her supposed belief in equality. Indeed, Twohey was aghast and asked Rotunno to explain herself. “You’re saying you’ve never been sexually assaulted because you would never put yourself in that position?”

“No,” Rotunno answered. “I have always made choices from college-age on where I never drank too much. I never went home with someone I didn’t know. I just never put myself in any vulnerable circumstance. Ever.”

For this comment and others, Rotunno has been lambasted in the media. But she’s right.

The truth is, women took on a lot more than they bargained for when they moved into a “man’s world.” Men and women are sexual beings, and that doesn’t disappear because they work together. When men and women are in the same room—for whatever reason, business or pleasure—sex is in the air. There’s no way to eradicate it. To work together in the marketplace thus requires finesse and forethought.

No woman can stop a man (and no man can stop a woman) from making a sexual advance, but we can reduce our chances of receiving one. The way we carry ourselves, or the energy we exude, lets others know whether or not we’re available or interested. And if someone tries regardless, there are options for how to respond.

“What I’m saying,” adds Rotunno, “is that after having drinks and being at a party and sitting in a bar with somebody and going to their hotel at midnight, don’t be so ridiculous as to say, ‘I thought I was going to see a script.’ At some point, where is the responsibility?”

This absence of responsibility is the missing piece in the #Metoo puzzle. If every woman reacted to Harvey Weinstein in the way, for example, Angelina Jolie did—“I had a bad experience with Harvey Weinstein in my youth, and as a result, chose never to work with him again and warn others when they did”—this entire conversation would be different. Yes, some men would still try to lure women to bed; but they won’t get very far being surrounded by genuinely strong women.

Donna Rotunno is the new face for this empowering message, and I for one support it.