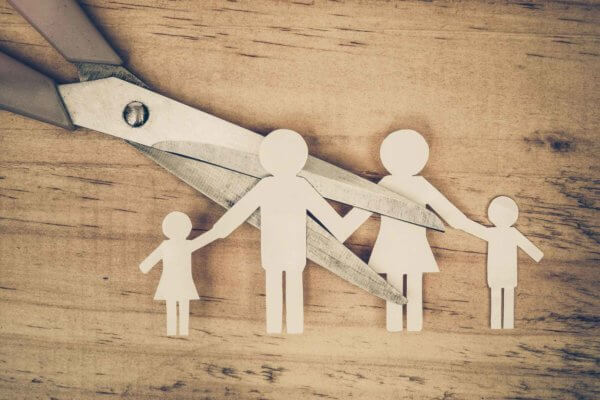 A new finding at Pew Research Center claims that gender equality—worldwide, although a distinction must be made between its goals in the West and its goals in undeveloped nations—has risen exponentially at the same time family ties have weakened considerably.

And here’s the frustrating part: While “roughly half or more” of those surveyed concede the family unit has weakened, and that this is “a bad thing,” the results of the analysis reveal people “are strongly in favor of increased gender equality.”

In other words, people know the family unit has collapsed but see no link between it and the gender equality movement—despite the fact that the disintegration of the family occurred at the exact same time this movement became an integral part of the social fabric.

To be clear, I’m writing this specifically with respect to gender equality in the West. This movement is predicated on the idea that in order for the sexes to be equal, men and women must think and behave in similar fashion and make the same life choices. Women should run large companies and become career politicians at the same rate men do, in other words, and men should be at home raising children at the same rate women do. Only then will we have achieved equality.

This is what’s known as equality of outcome, and it might be a reasonable goal (a silly one, but a reasonable one) if there were no such thing as children. In fact, young, childless single women earn more than men! But children change the entire conversation, and always will.

Prior to the push for so-called gender equality (because honestly, what does that even mean?), it was understood that parents were responsible for raising their own babies, and that women—the sex that breastfeeds and that’s generally more responsive to babies’ needs—were in the best position to do so.

Then, in the 1960s, feminists came along to undermine the work and the value of motherhood. These women sold the narrative that motherhood isn’t a suitable career goal for educated women. Women, they insisted, should make a career the focus of their lives and pay other women (who are almost always less educated, thus implying children are better off with uneducated caregivers?) to do what mothers have historically done for free.

With that singular new mindset, everything changed. Because when you encourage women to reject their natural proclivity to build and to invest in marriage and family, there’s a domino effect that extends far beyond where the eye can see.

Thirty years later, here’s what we have to show for this new worldview: an epidemic of guilt-ridden and stressed-out mothers who know very little about how to raise kids; a triple increase in childhood obesity; chronic sleep deprivation for kids and adults alike; defiant schoolchildren who need anti-bullying programs to learn what their grandmothers could have taught them; and a culture that celebrates divorce as a panacea for discontent.

That’s what family breakdown looks like when women are taught to forget about sacrifice and the common good under the guise that doing so is necessary to achieve “equality” with men.

Imagine, hypothetically, if the gender equality movement disappeared tomorrow. Pretend, for a moment, that this bogus concept never entered the public sphere. Pretend women and men weren’t pitted against one another in a game of oneupmanship. Pretend each sex was encouraged to make choices commensurate with their true hearts’ desire, free of any thoughts of some political movement.

What do you think the family unit would look like then?

4 Ways to Divorce Proof Your Marriage, Part 3 of 3
Next Post: Lean Out, Ladies