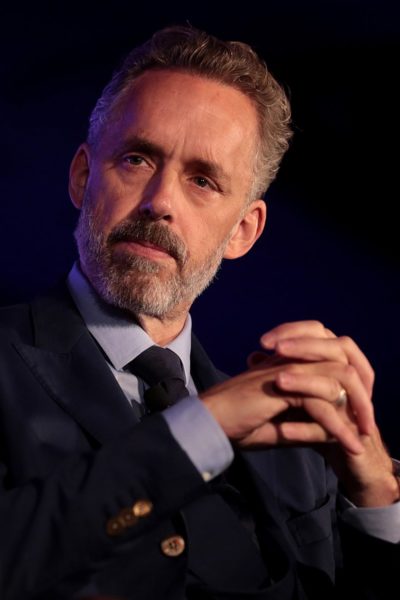 For more than twenty years I’ve been fighting back against feminism, waking people up to the cult-like nature of a movement that claims to be empowering but in reality is the exact opposite.

Feminism is a failure is because it is rooted in victimhood and deliberately drives a wedge between women and men. Its entire platform is built on the shockingly false claim that men oppress women, that the system is rigged against women, and that men need to change if we’re ever to reach so-called equality—that mythical state we could achieve if we only had the ability to obliterate human nature.

So you can imagine my delight when Jordan Peterson came on the scene. Never before has anyone entered the public sphere in such a way as to explain and to argue so profoundly why victimhood, as well as a blind adherence to any ideology, is a disaster. Why it undermines people’s happiness and stunts their growth as human beings.

Jordan rarely uses the word feminism, but he doesn’t have to. To talk against an “oppressive patriarchy” is to take this movement on at its core, to bring it down in a way that makes so much sense no one can refute it.

This was abundantly evident in Jordan’s interview with Cathy Newman. That interview, which has been viewed over 19 million times—19 million!—will go down as the greatest takedown of feminist ideology ever. The combination of what Jordan said with the way he said it, with such matter-of-factness and skill, was astounding.

He is just as powerful in the 4-minute clip below of a lecture he gave in New Zealand last year, which is featured this week on his podcast, appropriately entitled “Toxic Masculinity.”

In this clip, Jordan had been telling a (very) long story about his childhood friend “Chris,” who’d lost his way and ultimately killed himself when he was an adult. Jordan becomes understandably emotional as he blows apart the concept of an “oppressive patriarchy” and what such an erroneous and hateful—my word, not his—narrative can do, and has done, not just to men but to the relationship between the sexes.

People need to understand the scope of this issue. Not just how terrible the “toxic masculinity” narrative is to men but how it hurts women’s relationships with men and keeps them from building strong marriages and families. Indeed, the fallout of this dangerous message knows no bounds.

It is my hope that in listening to this clip you will be moved to action. When you hear anything at all about men being toxic, speak up. Fight back. Stop it in its tracks.

Tell your sons and your brothers and your fathers and your husbands you’re on their side. Tell them masculinity is a beautiful thing—that far from oppressing women, it has liberated them. Thank the men in your lives. Love them up. Tell them that without them, your life would not be as wonderful as it is.

Do your part to stop this madness. If you remain silent, the other side will win.

Previous Post:Ep. 38: How to Love and Lead Your Wife: GS Youngblood
Next Post:Ep. 39: The Effect of Pop Culture on a Lost Generation:
“Non-Woke” Millennial Kelsey Merritt
Loading Comments...