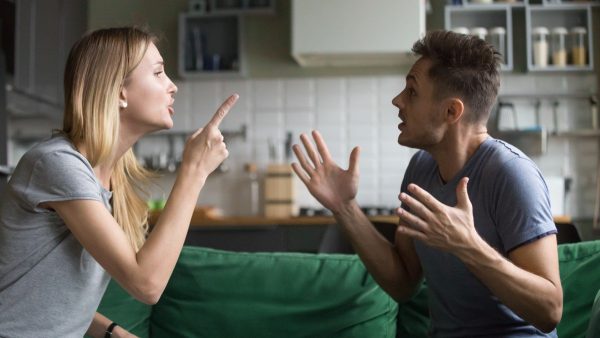 Read carefully, and you’ll notice that almost every article on the struggles couples face with respect to the work-family battle blames men. The cultural narrative is that women do it all, while the men in their lives are Neanderthals who need to get with the program.

The saddest part of this bogus message, aside from the obvious damage it creates, is that it’s so far from the truth it’s ridiculous. Men actually have kept up with the times. Fathers today spend triple the amount of time on childcare than they did in 1965 and roughly six hours more per week on household chores. They’ve also bent over backward to accommodate the demands of the modern household.

One reason for the relentless male-bashing is that women have been taught to believe the sexes are the same and, as a result, assume that when men don’t behave the way women do, men are somehow failing.

Take this article in the Wall Street Journal headlined, “Fairness in Housework Doesn’t Mean 50/50.” At first glance, it appears more even-handed than many other articles on the topic of how housework and childcare get divvied up between husbands and wives. But you can tell where the blame is headed at the opening of the essay, when the author, Eve Rodsky, recounts a story from an outing she took with her friends, all of whom are married with kids.

Apparently, all the women received a text or a phone call from their husbands (although actually, some of the calls were from mothers-in-law or babysitters, thus negating Rodsky’s argument that it’s an issue of male ineptitude) who were calling to get their wives’ input on whatever it was they were trying to manage at home.

“Why doesn’t ‘equal’ ever seem to work when it comes to sharing family duties in our household?” asks Rodsky. “Women would feel less overwhelmed by doing the majority of domestic duties if men fully ‘owned’ those tasks they do take on.”

Or here’s another article, this time about research that shows the more wives earn, the rockier their marriages tend to be. Rather than study the complex reasons for this, the author makes numerous references to men’s “egos” and the notion that society’s backward attitudes are to blame:

“When wives earn more than their husbands, some men just can’t handle it.”

“Even in 2019, old-fashioned views on marriage prevail.”

“Oh, how fragile is the ego of a man. We must never let him feel like a bonsai in a grove of California redwoods—no, he must always see himself as a towering tree, magnificent in comparison with his female partner.”

This bitter condescension toward men is unfounded, not to mention counterproductive. No relationship can flourish when one partner views the other with such disdain.

Men and women do not parent the same way because they’re not interchangeable beings. If your husband needs help managing the home front, it’s not because he’s not “owning” the task. Most men are simply not as invested as most women in the details of what goes on at home, nor do they spend as much time inside of it. Moreover, men’s brains are more linear or single-focused, so they’re not going to multitask as well as women. And it’s unfair to expect them to.

Men also do a boatload of housework and children-related tasks that rarely, if ever, get mentioned. It is mostly husbands who take care of yard work, the gutters, basement cleaning and leaks, car maintenance, the driveway, the roof, and running the children around to their sporting events. None of that even touches upon the “Honey Do” lists wives give their husbands: Fixing all house repairs, hanging TVs, changing the filter, picking up the dead mice or other vermin, putting up Halloween and Christmas decorations, fireplace cleaning, assembling new furniture, and painting the house.

Bottom line: Men are not defective women. But that’s what the culture teaches through films, television (even commercials!), and articles. Sadly, this belief system has seeped into women’s souls, causing them to believe men are weak or lazy when they don’t do things the way women do them or when they don’t react the way women react.

Women who harbor this mindset will never be successful in love. Only women who understand the unique nature of men, who don’t blame men whenever something goes wrong, who harbor compassion rather than resentment toward men, and who are able to bring out the best in men will ultimately win at love.

The rest get frustrated and write articles about it.