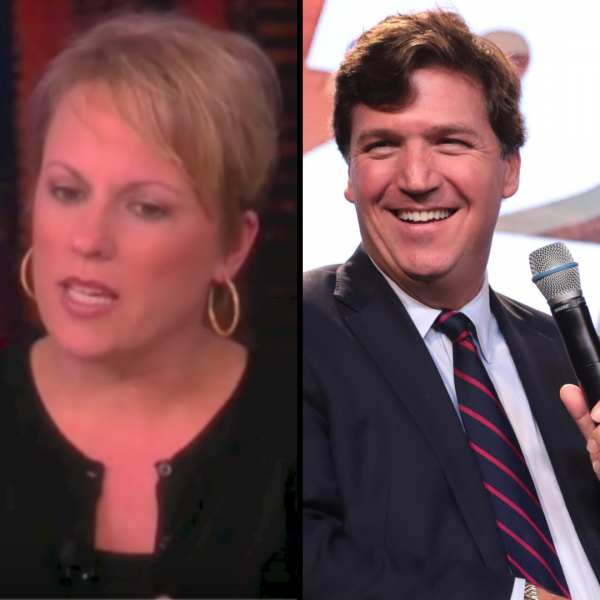 I’m convinced Tucker Carlson is the only television host who understands the fallout of feminism and is willing to discuss it on national TV. During a recent interview with me on his program, Carlson noted the following:

“I don’t think anything has changed our society more for the worse” than feminism.

When I said something similar in 2011, I was called out by NPR’s Meghna Chakrabarti in an interview about my then-new book, The Flipside of Feminism. In it, I wrote that feminism is the “single worst thing to happen to women” and that it didn’t liberate them at all.

On the contrary, feminism has made women’s lives—and by extension, men’s and children’s lives—immeasurably worse. According to a 2009 report from the National Bureau of Economic Research,

“As women have gained more freedom, more education, and more power, they have become less happy.”

When this study was released, there were countless articles and news reports that inquired about the irony of it all. How is it possible that women could be less happy after having been “liberated”?

In fact, it isn’t surprising at all when you consider that women have been lied to for decades about what constitutes a happy life. Academic and elite feminists—who reside in our universities, in the media, in politics, and in Hollywood—have told American women all kinds of things that just aren’t true. Things that make women—and by extension, men and children—unhappy.

“Women are realizing more and more that you don’t have to settle, they don’t have to fiddle with a man to have that child,” said Jennifer Aniston.

Or that men and women must make the same life choices with respect to work and family in order to be deemed “equal.”

“An equal world will be one where women run half our countries and companies and men run half our homes. We will not rest until we reach that goal,” said Facebook COO Sheryl Sandberg.

Or that staying home to raise a family is less important, valuable or satisfying than earning a living.

“These women who act like staying at home, leeching off their husbands or boyfriends, and just cashing the checks is some sort of feminism because they’re choosing to live that life. That’s bullshit.” noted former state senator Kyrsten Sinema.

Or that there’s no such thing as the biological clock.

“Be cautious about metaphors like the “biological clock”— don’t take them literally,” writes Catherine Aponte Psy.D. at Psychology Today.

These are all lies.

Unfortunately, women listened—and men followed. What choice did they have? And now here’s what we have to show for it:

How dare Carlson say nothing has changed our society more for the worse than feminism! Where on earth did he get such a crazy idea?

Previous Post:Ep. 23: The Art of Loving a Man:
Alison Armstrong
Next Post:Ep. 24: How to Own Your Masculine Core: GS Youngblood
Loading Comments...