This Is the Most Important Takeaway from the Brett Kavanaugh Debacle 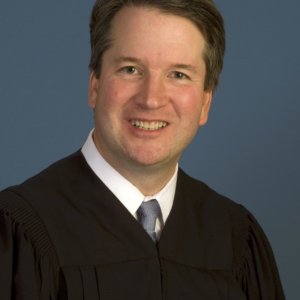 Were there things that went on at these parties I’d be embarrassed to admit today? Absolutely. Good thing I have no plans to become a politician.

And good thing I’m not a man.

The plot—and make no mistake: it’s a plot—to destroy Brett Kavanaugh speaks volumes about how far this nation has fallen. At no other time in history would we have thought it acceptable to smear a man’s reputation based on something he did in his youth. A major transgression? Perhaps. A pattern of immoral or unlawful behavior? Yes.

But Brett Kavanaugh is not that man. Not only have sixty-five—65!—women who knew Kavanaugh in high school vouched for his character (including a woman he dated), the man has an unblemished record and has undergone six FBI background investigations during his career.

Yet in the age of #Metoo, none of it matters.

From cradle to grave, no male is allowed to think or joke about, let alone attempt, anything even remotely sexual with a woman without facing life-altering consequences. If a woman says a man said or did something sexual that was unwelcome, rather than her having to establish guilt beyond a reasonable doubt in a court of law, the man is forced to prove his innocence. That means proving a negative, which is impossible to do. Ergo, the man is screwed.

And so, regardless of what happens this week at the Senate hearing, one thing is certain: Americans will never look at Brett Kavanaugh the same way again. His reputation has been permanently damaged.

While most writers and pundits are discussing the details of this entire debacle—whether or not it really happened, who’s telling the truth and who’s not, what it means for Republicans and Democrats—to me the most important takeaway is about something else entirely.

Alcohol is poison. Mix it with sex, and the possibilities are endless. Yet we discuss these sexual claims without mentioning the alcohol.

Am I saying people aren’t responsible for what they do when they’re drunk? Not at all. Nor am I suggesting Kavanaugh did what Blasey-Ford claims he did. What I’m saying this:

Without the presence of alcohol, we wouldn’t be having a conversation about Brett Kavanaugh at all. Unless we’re suggesting Kavanaugh is a drunk—which we’re not—and unless he behaves as a sober man the way Blasey-Ford claims he did as a “stumbling drunk” teen—which he doesn’t—there’s no story here.

The way a person acts in an inebriated state is neither a fair nor an accurate measure of who that person is sober. Unless the person in question has a pattern of destructive behavior, or unless he or she did something truly egregious while under the influence, we should give the person the benefit of the doubt. Particularly if he or she is young.

Alcohol makes people do things they otherwise wouldn’t. This is true of both men and women. Indeed, alcohol is the reason so many college girls say yes to sex when they want to say no.

When you think about it, it’s shocking to think how many of these stories about sexual transgressions, real or otherwise, would cease to exist if alcohol wasn’t involved. Hell, alcohol is reason Blasey-Ford herself can’t keep her story straight.

In Defense of Sexist States
Next Post: Is getting an education a waste of time for married women? Circa 1961